After COVID-19, our grant to provide tech literacy services to library patrons had to change from in-person classes and one-on-one support to something virtual. Given that our audience was very low tech folks, this was a challenge.

We tried multiple things including phone, text, and email tech support; “Tiny Tech Tip” postcards, and video explainers. The first two of these were lightly used but much appreciated when they were. 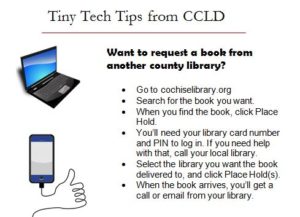 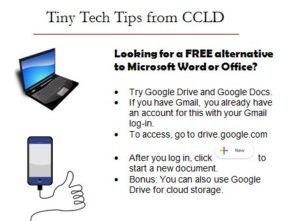 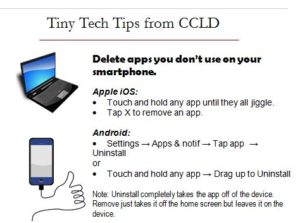 For the videos, we initially did an hour-long Facebook “Ask Me Anything-Library Edition.” It was very lightly attended (due we imagine, to the usual synchronous scheduling challenges), but full of a lot of good content. Mostly we answered questions that had previously been often asked. We hoped that this content would be able to be rewatched later, but it didn’t really lend itself to that, in part due to the long, unsearchable format and also to Facebook’s format.

So instead of doing another one of these, we decided to instead to a series of preproduced, very short (2-3 minute) tech explainers on popular topics. These seem to be much more useful both now and into the future.

From a production standpoint, these were made initially as recorded Zoom sessions and then edited together with other graphics as needed. We hosted them on both Facebook and YouTube. The Facebook analytics were very good. We anticipate that the YouTube versions will be able to be used well into the future as questions arise.

While these are no substitute for sitting down side-by-side with someone and addressing their unique problems (which is what we did pre-COVID), this do seem a useful resource to have.

Placing holds for books to be delivered to your branch

Borrowing ebooks and audiobooks from the library

(This video shows how to do this from the web site, which works for the Kindle Paperwhite as well as other devices.)

Using Libby to check out ebooks and audiobooks

(This works with devices that can install Android or iOS apps, as well as the desktop.)

Getting photos from your smartphone to your desktop

(This video gets you started on the basics of two simple ways to make your own web page.)

This project is supported by the Arizona State Library, Archives & Public Records, a division of the Secretary of State, with federal funds from the Institute of Museum and Library Services.

This site uses Akismet to reduce spam. Learn how your comment data is processed.